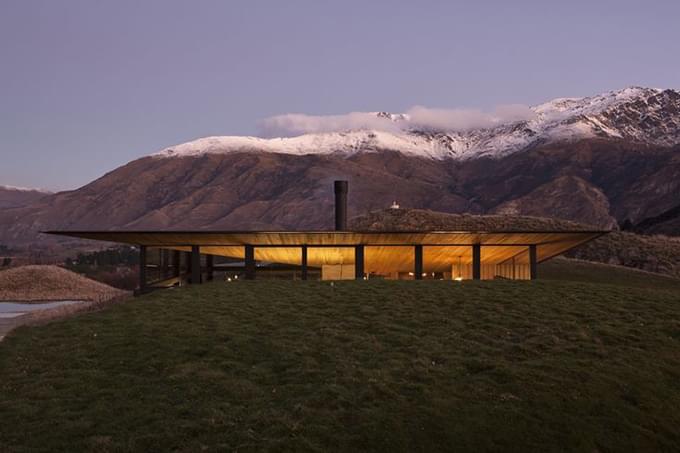 Spectacular scenery – and sheep – are the first things that come to mind for most of us when we think of New Zealand. 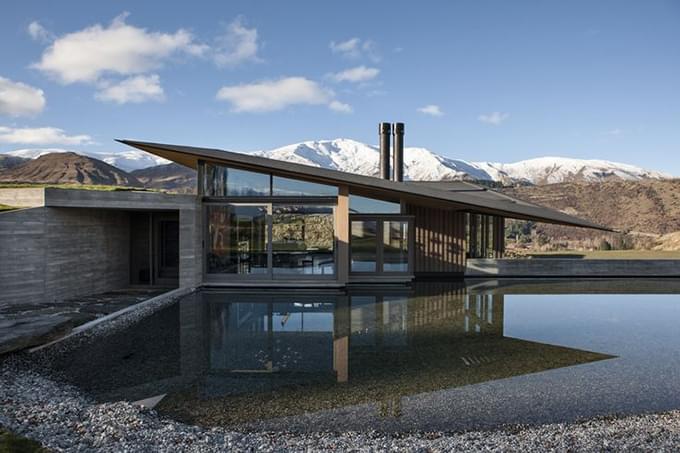 For an architect, spectacular scenery is always both a challenge and an opportunity. 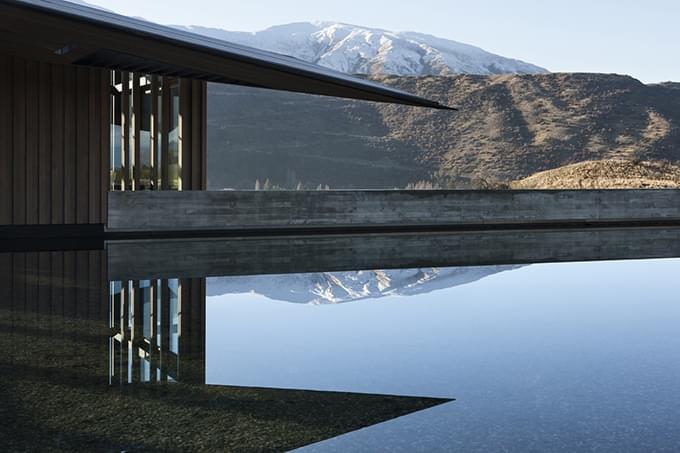 This was very much the situation for David Ponting, founder of Ponting Fitzgerald (in 1998) of Ponsonby, Auckland, New Zealand, when he saw the site for what his affluent client hoped would be a ‘sanctuary.’ 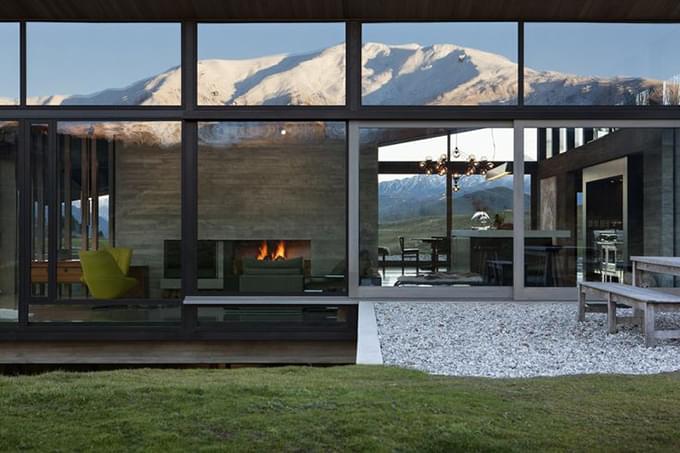 The site was breathtaking with unbelievable views of Lake Wakatipu in Queenstown, New Zealand, and the mountains beyond. 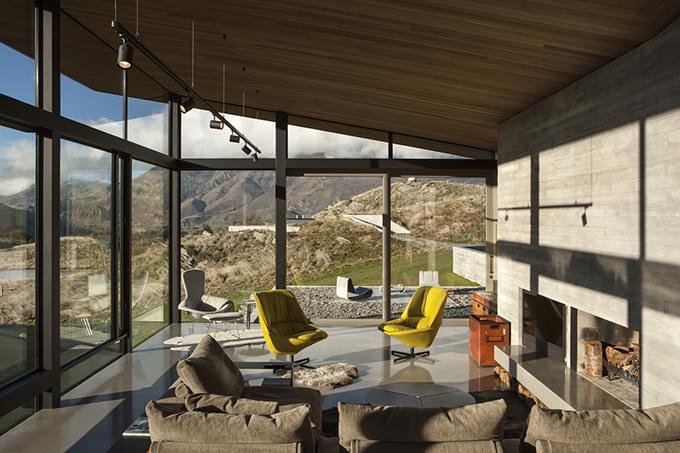 Rocky, powerful terrain. Strong visual lines. Subdued colour scheme. Nothing dainty or traditionally cozy was going to work. This site had a strong, powerful presence of its own. 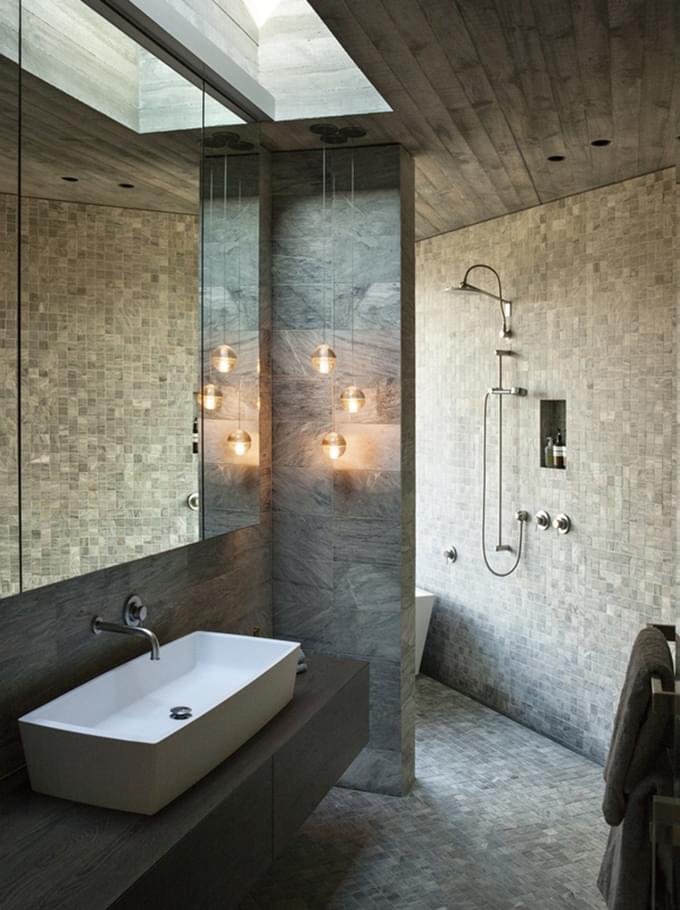 Ponting and his client settled on a simple, yet very demanding, brief: Let the land speak. With a sensitivity that Ponting later described as having an ‘element of divination,’ he allowed the site to express itself. 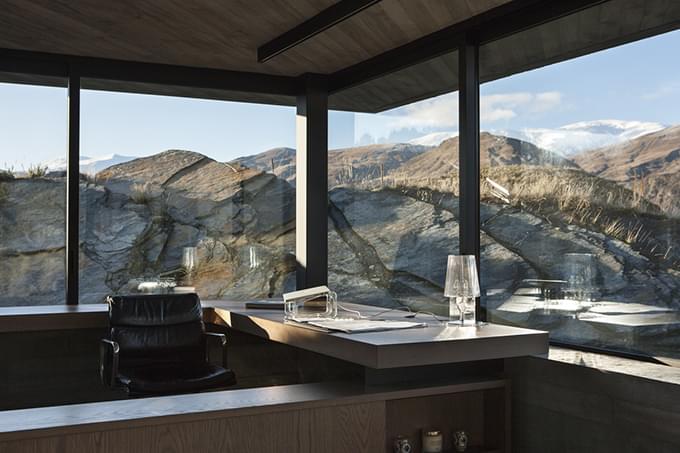 Rather than coming to the site with a preconceived set of shoulds and musts and limiting ideas, the architects kept walking the site. They eventually ‘divined’ a beautiful solution that speaks the same language as the site.
They realised that there were two separate locations on the site, each with its own distinct natural forms, each ‘asking for a building.’ 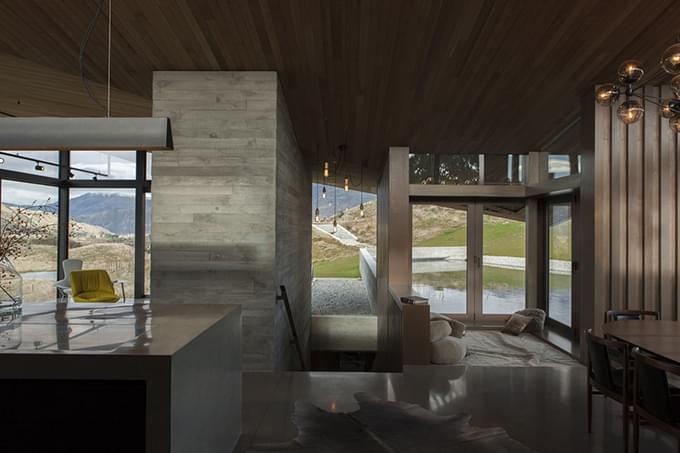 They granted the wishes and created two low-profile structures, one as the master dwelling, the other – the larger one – as the guest wing.
When viewed from above, from the entrance way and parking area, each looks like a low-lying bird wing. Not imposing or interrupting, but somehow belonging in the landscape. 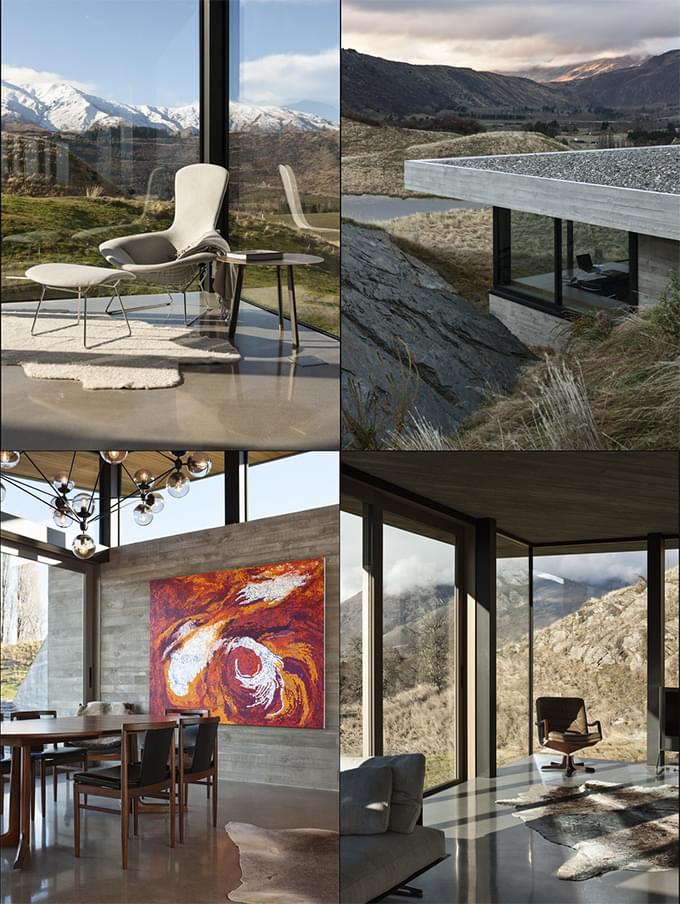 The breathtaking beauty of the structures comes from the strong elements: glass and stone, and polished, board-formed and in-situ poured concrete, with reflecting ponds and skylights adding an element of wonder – all in the service of letting the land speak, none standing in between the viewer and the view. The scenery is literally part of the interior, especially in the guest wing that is more open and grandiose than the slightly more private and inward-looking master house. 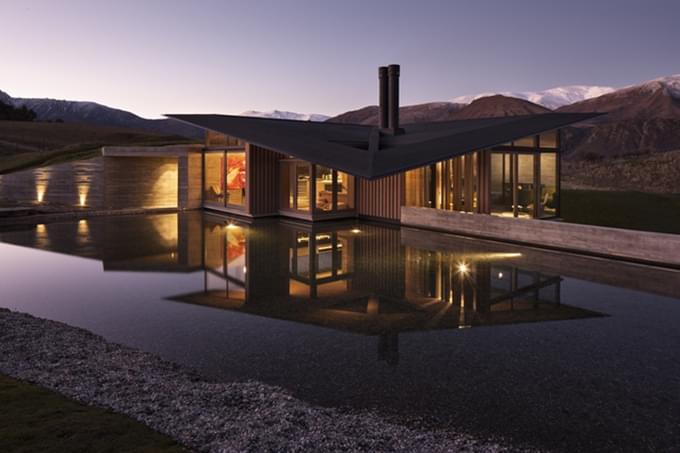 In the master dwelling, the windows at one end look into cut bedrock, with snow-capped mountains beyond. At the other end, on the rocky hillside, the view at times includes those famous New Zealand wild sheep that occasionally wander by.
If there ever was a project where the brief has actually become reality, this is it. The land has spoken, and was heard well. We are awaiting an invitation to the guest wing. And should it ever arrive, we may never leave. – Tuija Seipell. 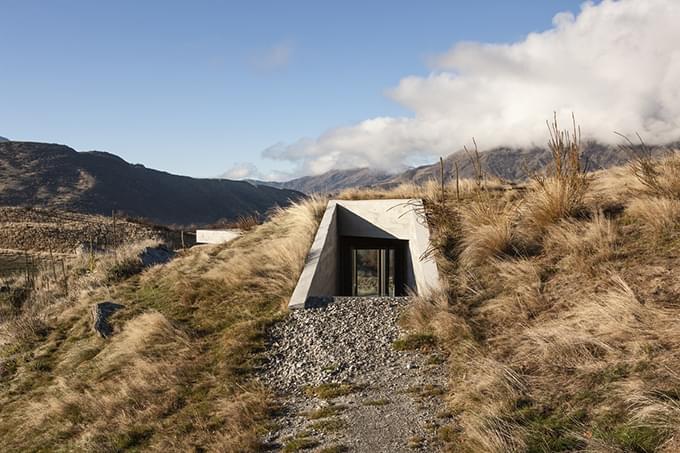 Spirit of Japan – The beauty of Japan captured by Hiro Goto

Amazing Places to Experience around the Globe (Part 2)