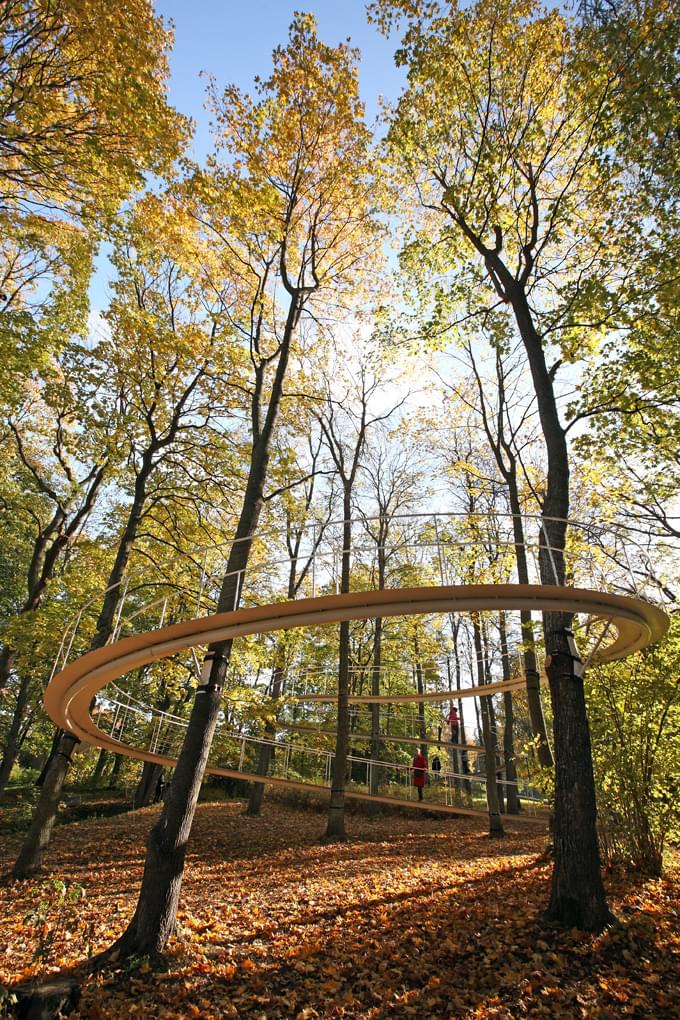 The incredibly beautiful ‘A Path in the Forest’ by architect Tetsuo Kondo was a temporary installation in the Kadriorg Park near Tallinn, Estonia. 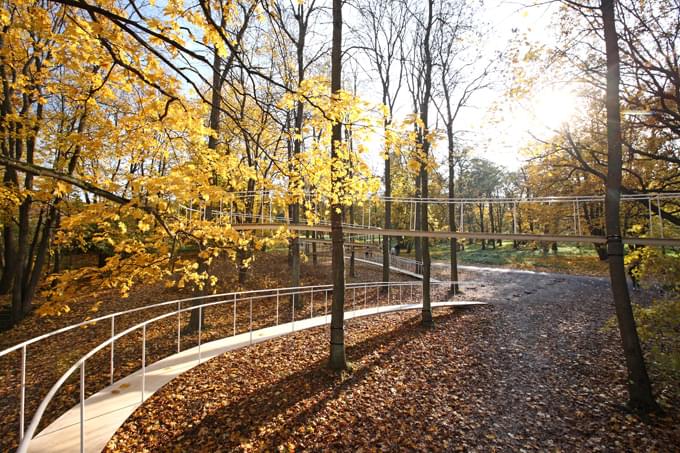 It was part of Tallinn’s 2011 European Capital of Culture activities and in particular, part of LIFT11, a festival of 11 urban installations. All other installations in LIFT11 were selected through a design competition, but Kondo was invited to create the Path. It was realized in partnership with the EU-Japan Fest Japan Committee. 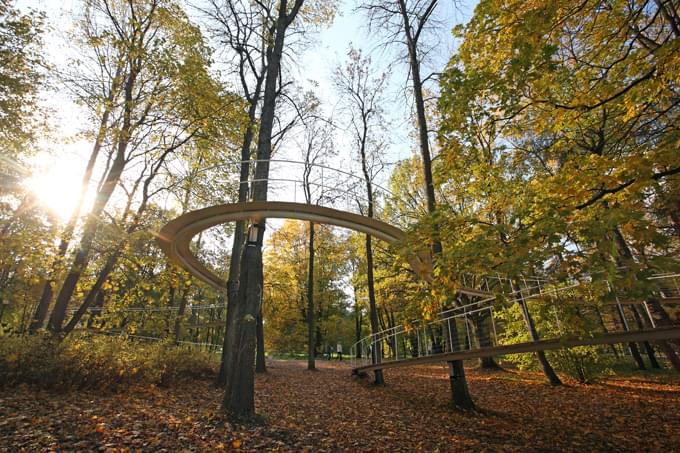 Kardiorg Park is an urban forest, only 15-minutes’ walk from the Old City of Tallinn. While it has some intact treed areas, it is mostly an urban park of man-made structures and tended gardens. 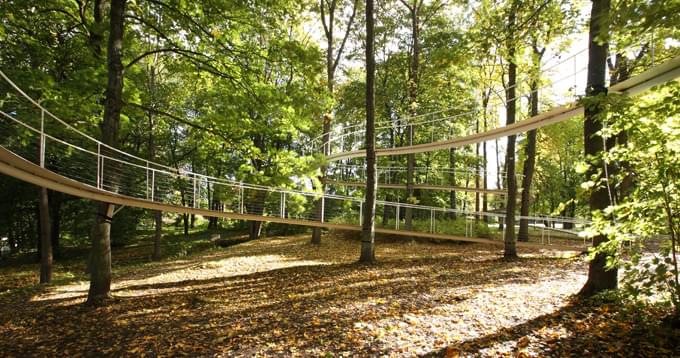 With his light touch, Kondo created a 95-meter (311-foot) suspended walkway among some of the park’s 300 year-old trees. The unobtrusive Path is similar to Kondo’s 2010 work Cloudscapes for the Venice Architecture Biennale. Both works put humans on an uncommon level in relation to their surroundings, creating a new viewpoint and inviting further examination. – Tuija Seipell