Last November, TeamLab, a Japanese collective of architects, designers, artists, programmers and engineers, installed a large-scale retrospective of its work at the Miraikan National Museum of Emerging Science and Innovation in Tokyo. 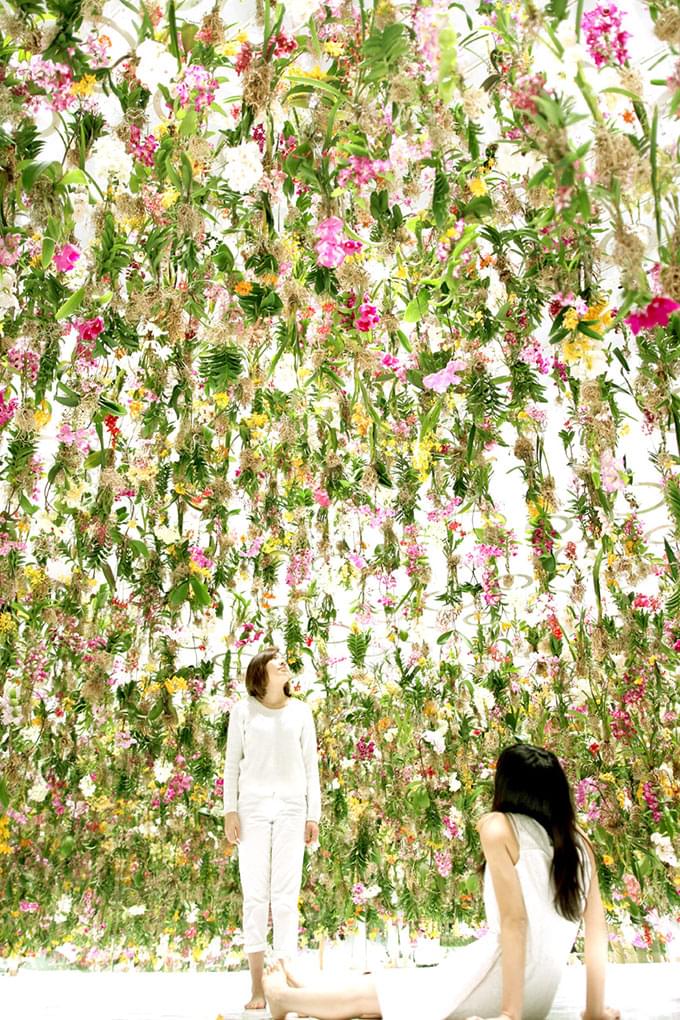 The two main interactive digital art exhibitions of the retrospective – ‘Digital Art’ that toured the world in 2014, and ‘Learn and Play! teamLab Future Park’ experience park for children – have been so popular at the Miraikan that the show has been extended till May 1, 2015. 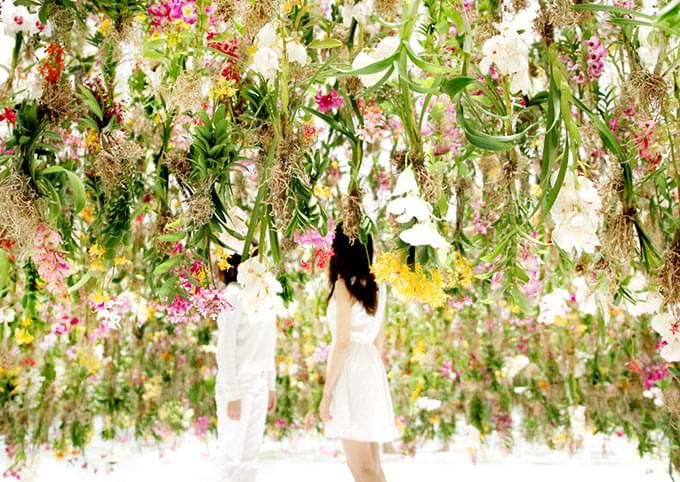 In addition to the two exhibitions, the installation event has also included new pieces and components that have rotated from time to time.
One of the recently re-installed pieces is the interactive experience called Floating Flower Garden that involves more than 2,300 living and growing plants suspended from the ceiling. 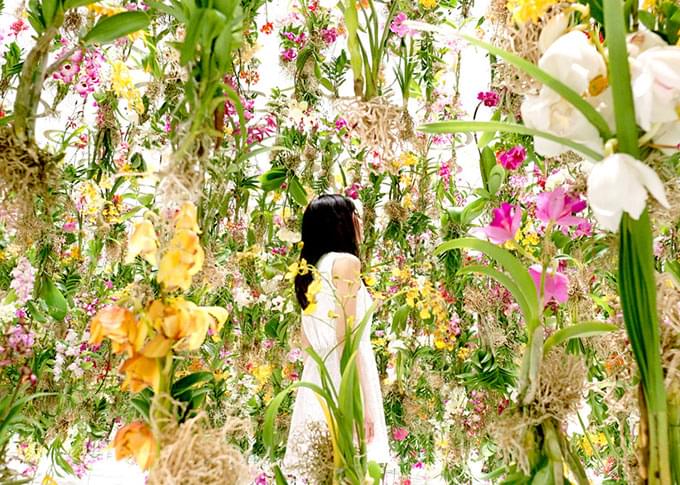 The plants interact with the visitor so that the plants closest to the viewer float up while the others stay lower. This creates a cocoon or a personal, airy flowering ‘room’ with the viewer at its centre.
The plants are constantly in motion reacting to the movements of the viewers. If several people approach an area simultaneously, the plants react by re-creating the space around them. 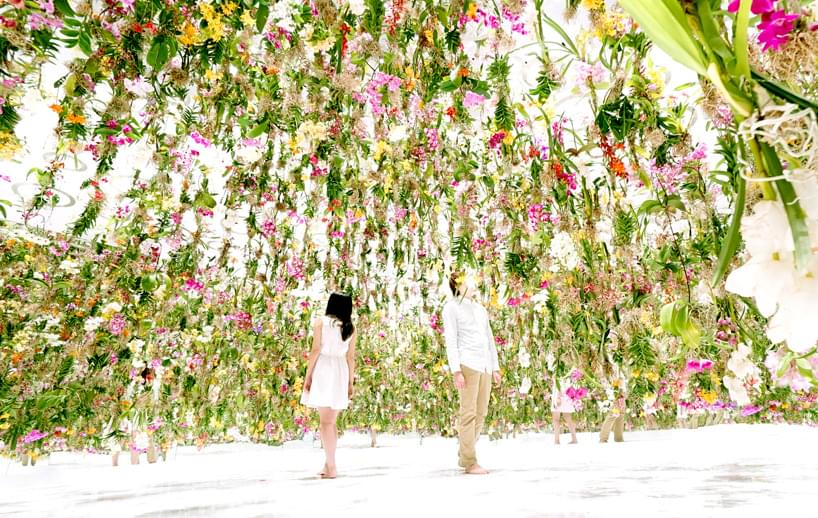 TeamLab describes the thinking behind this meditative space: ‘Japanese Zen gardens are said to have been born as a place for Zen priests to carry out training so that they can become one with nature. The garden is a microcosm of the vastness of the surrounding natural mountain areas where they gathered to train.’
TeamLab’s group of ‘ultra-technologists’ is lead by 38-year-old CEO Toshiyuki Inoko who co-founded TeamLab in 2001. He is also currently serving as a creative industry private sector expert for the Cool Japan project by the Ministry of Economy, Trade and Industry. – Tuija Seipell

A Path in the Forest by Tetsuo Kondo

A Path in the Forest by Tetsuo Kondo