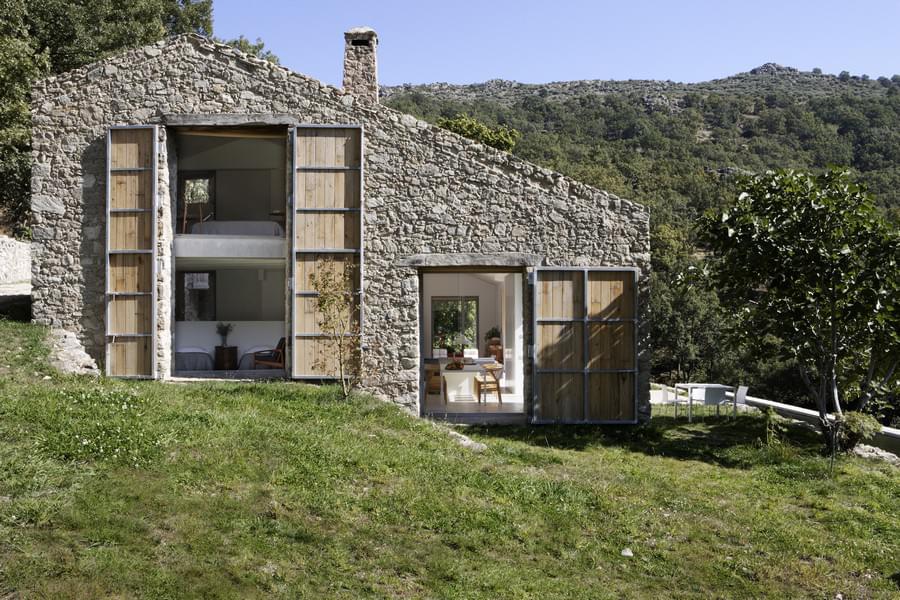 We have always loved skilful repurposing and renovation. The character that an old building gives to its new reincarnation is something a brand new building just cannot attain. 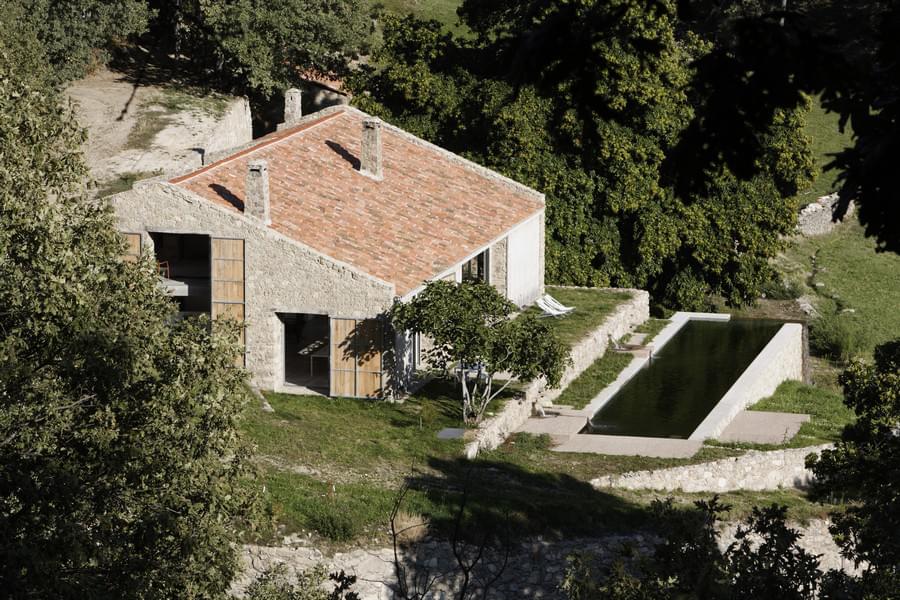 But repurposing is an art form and poor examples are more common than great ones. The unsuccessful attempts seem forced or pretentious, gimmicky or just plain ugly. 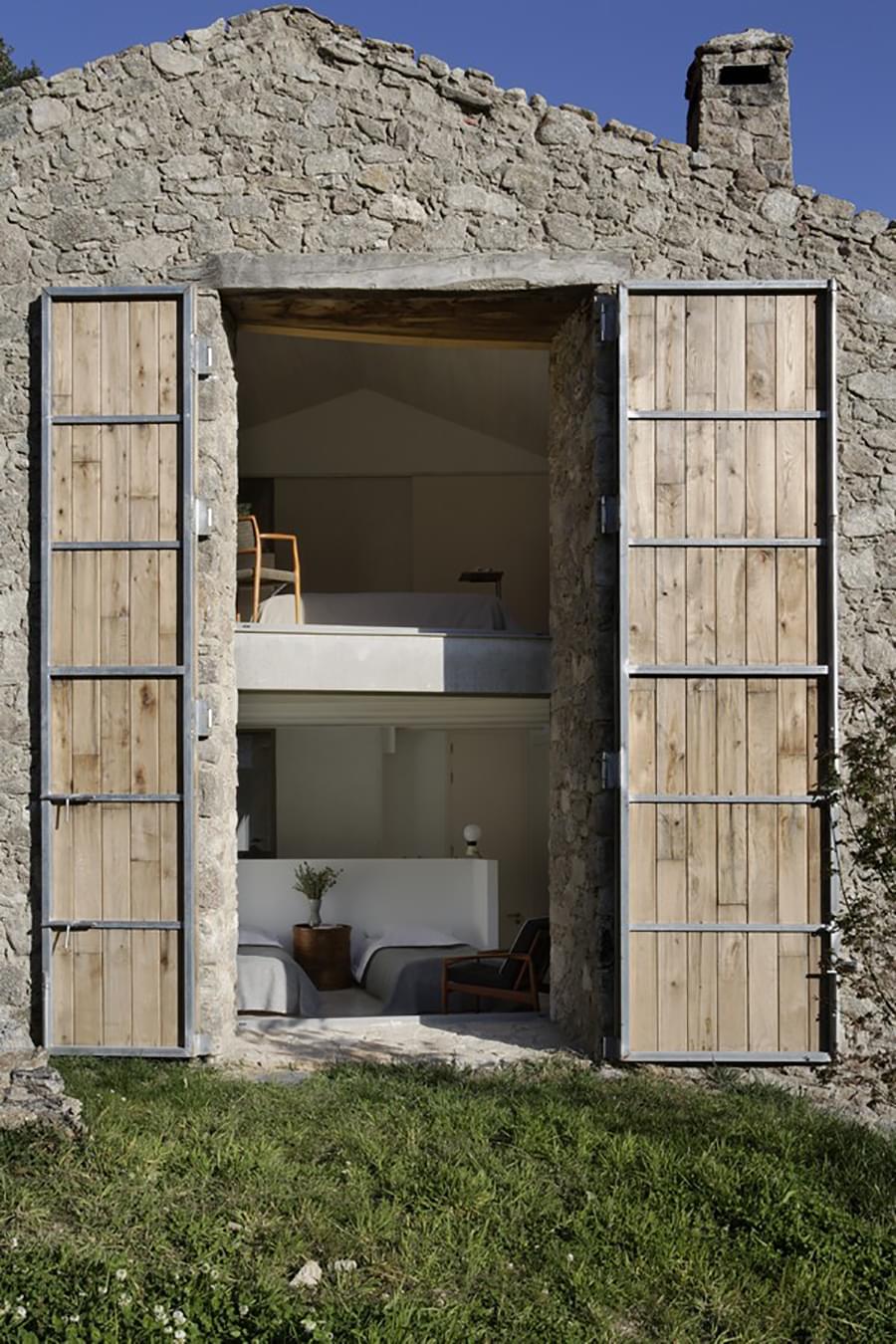 The great ones manage to respect the character of the existing building and at the same time introduce a fresh, new perspective. Literally old made new again. 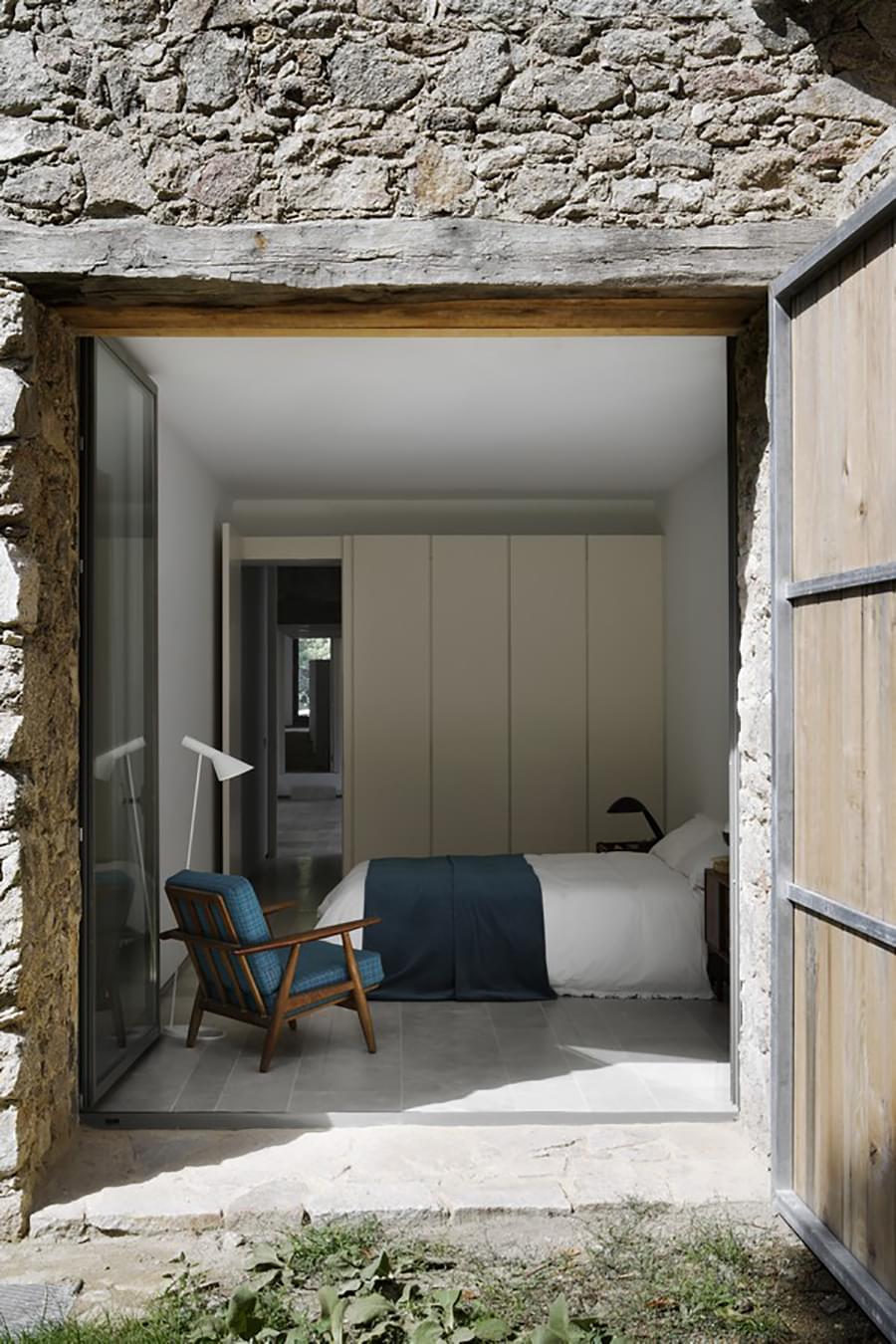 And the new appears to improve the old just as much as the old seems to augment everything in the new. The combination is better than either one alone could ever be. 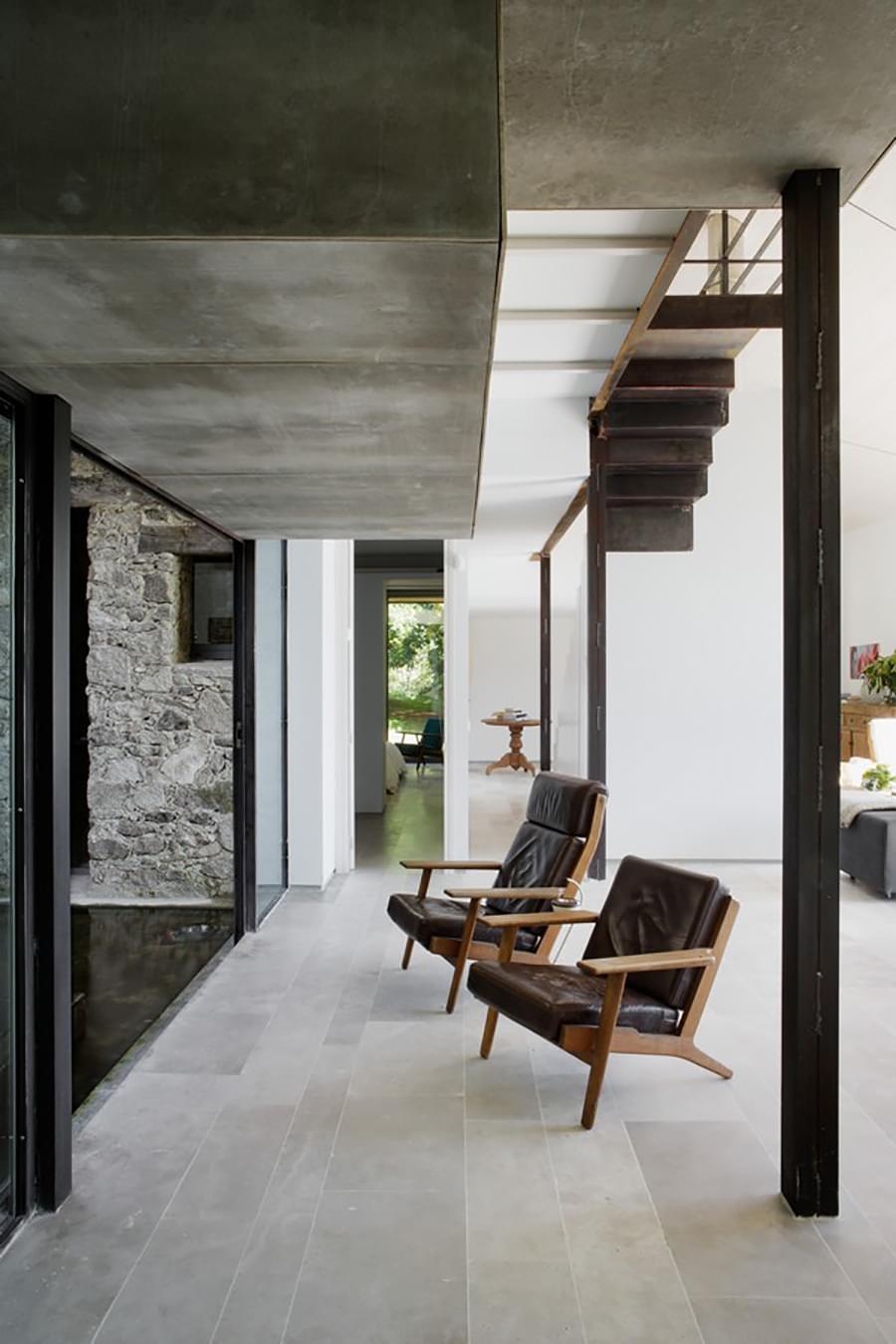 This repurposed building, an abandoned stable converted to a single-family home, is one of the great examples. It is located in Guijo de Santa Bárbara, in Cáceres, Extremadura, Spain, in an area rich with ancient history and pristine nature. 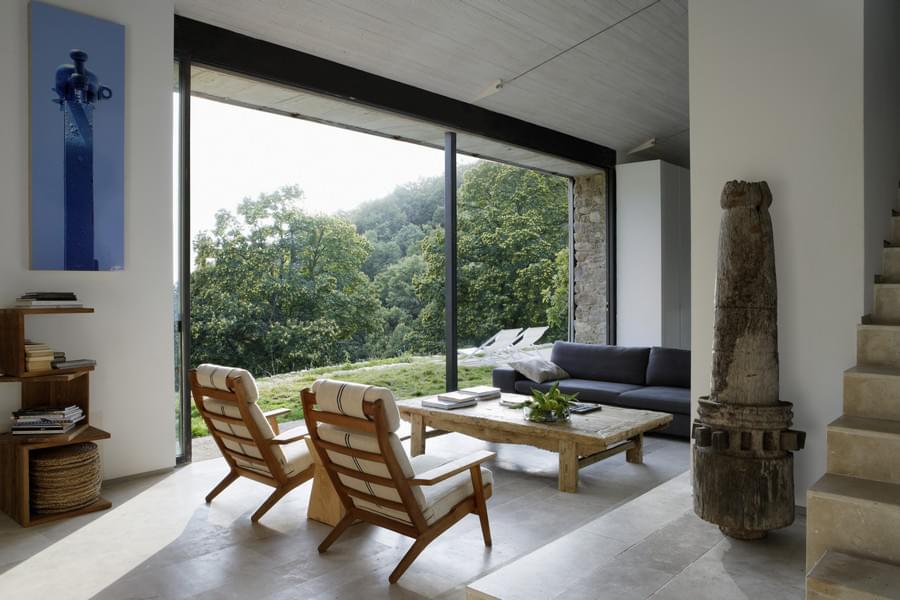 It is also an area with a harsh climate with very cold winters and hot summers. 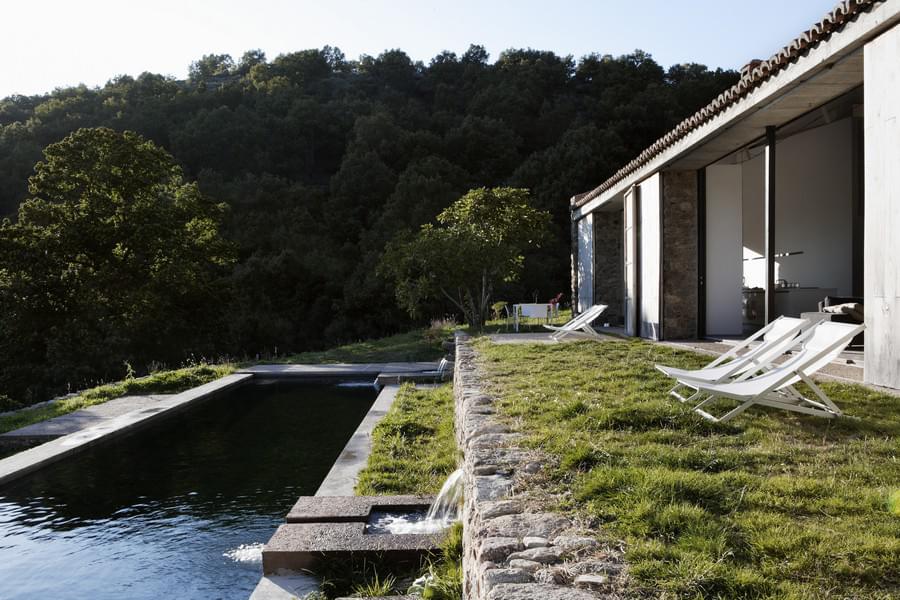 While repurposing the badly crumbling stable building situated high on a hill, the team at Madrid-based Ábaton respected and took fool advantage of the surrounding nature. 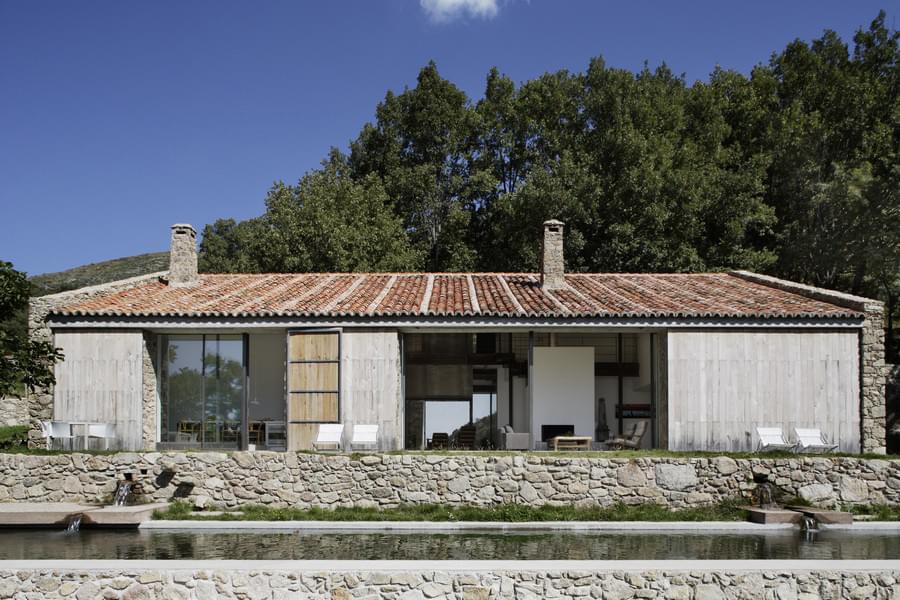 The building is far off any city grid of electricity or water which is why solar power in the summer and hydro in the winter were the choices for energy generation. At the same time, the planners ensured that the home uses as little energy of any kind as possible. 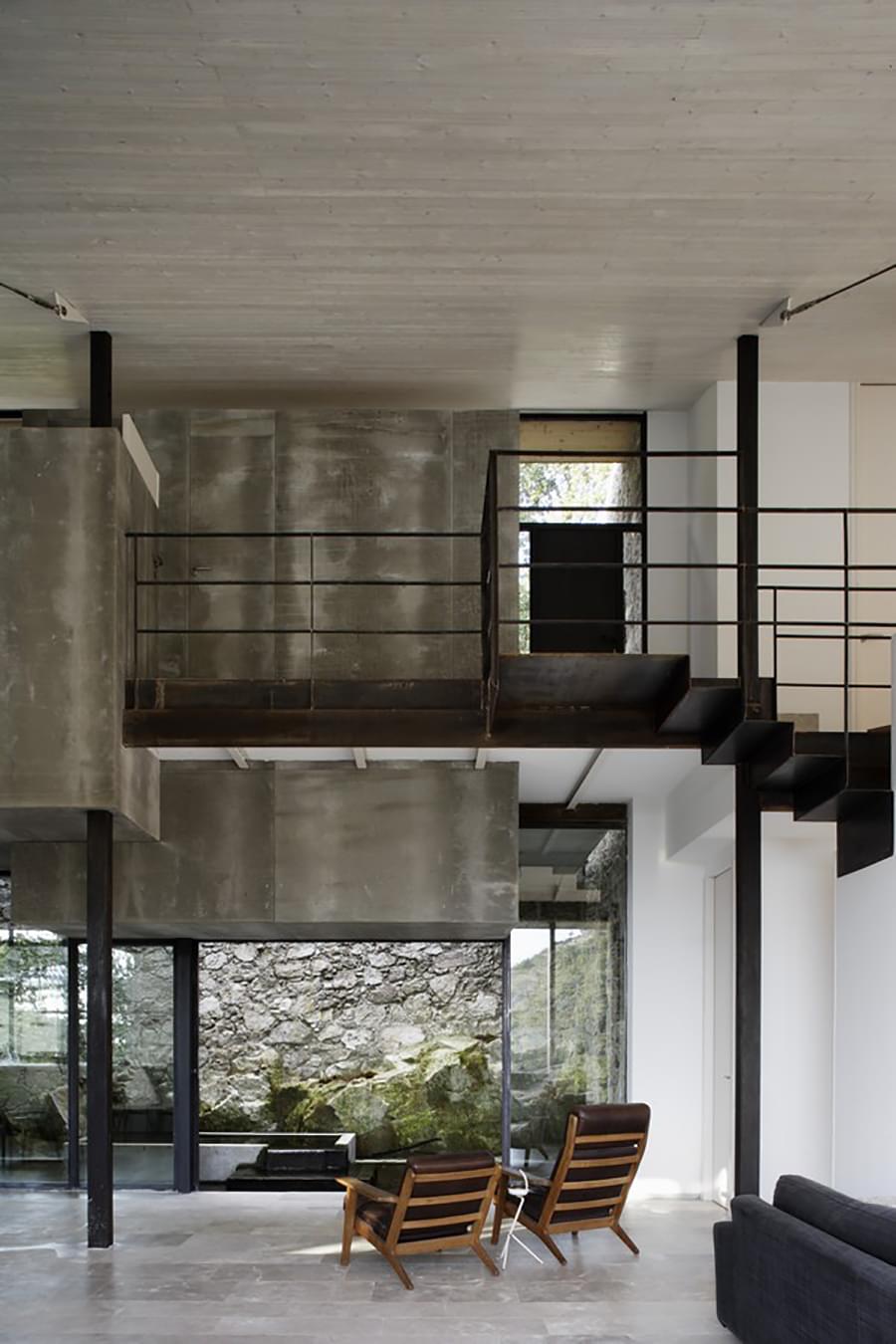 Facing south, the 322.0 square meter (3,500 sq, ft.) building is ideally situated for capturing the winter sun as well, while the overhang prevents too much sun entering the house in the summer. 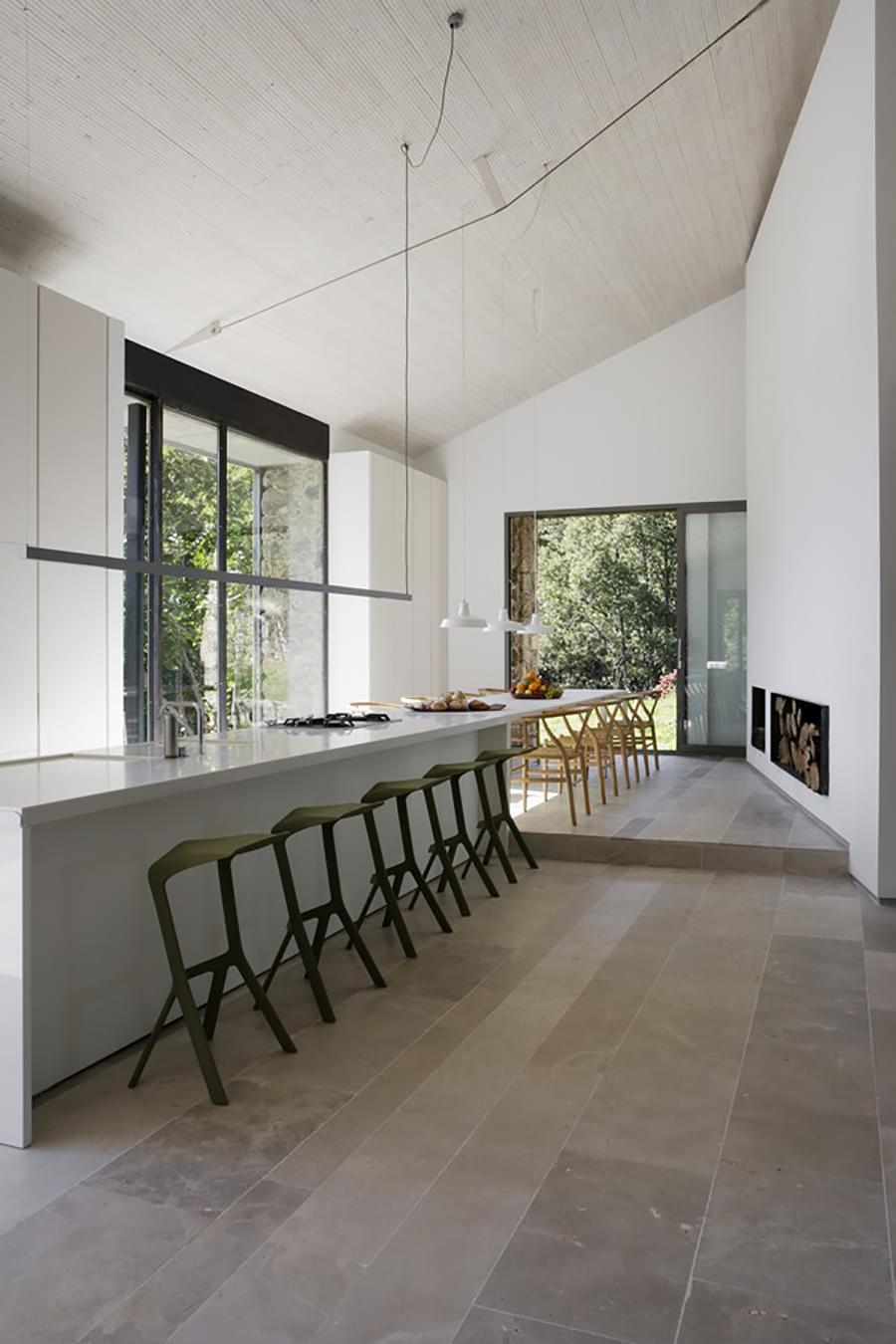 Full-size wooden siding shutters cover the large windows at night preventing the solar heat captured during the day from escaping at night. 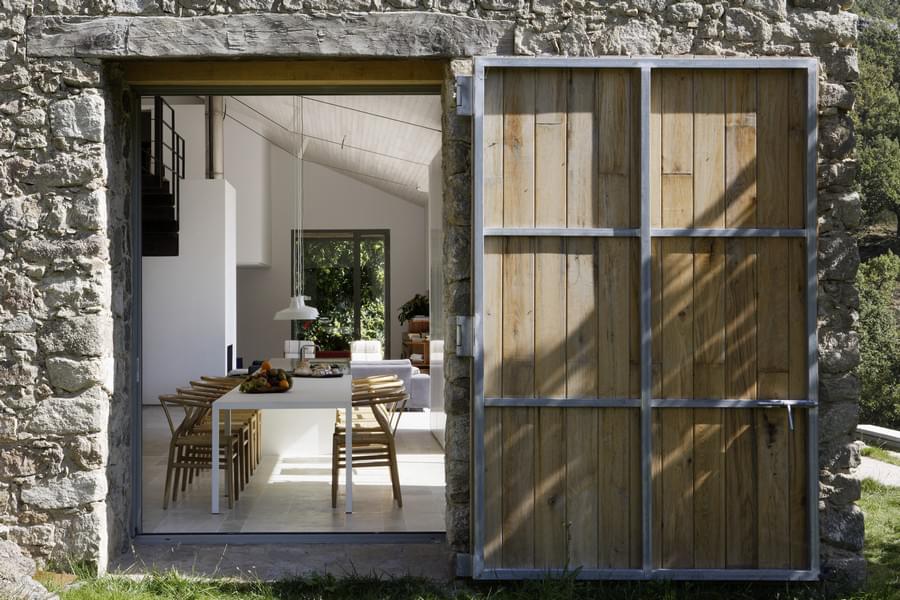 Two streams uphill provide pure water for drinking and bathing and the swimming pool act as a holding tank for irrigation water. 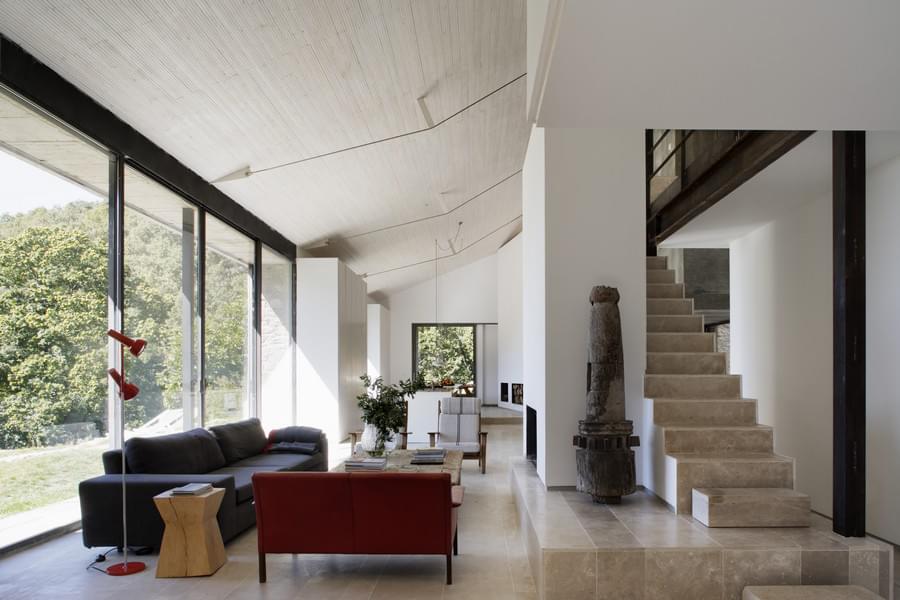 Our favourite features of this home are the beautiful, low silhouette of the structure, and the beautiful old stone and weathered wood. Large windows provide spectacular views of the surrounding nature and add to the harmony and tranquillity of the entire home. 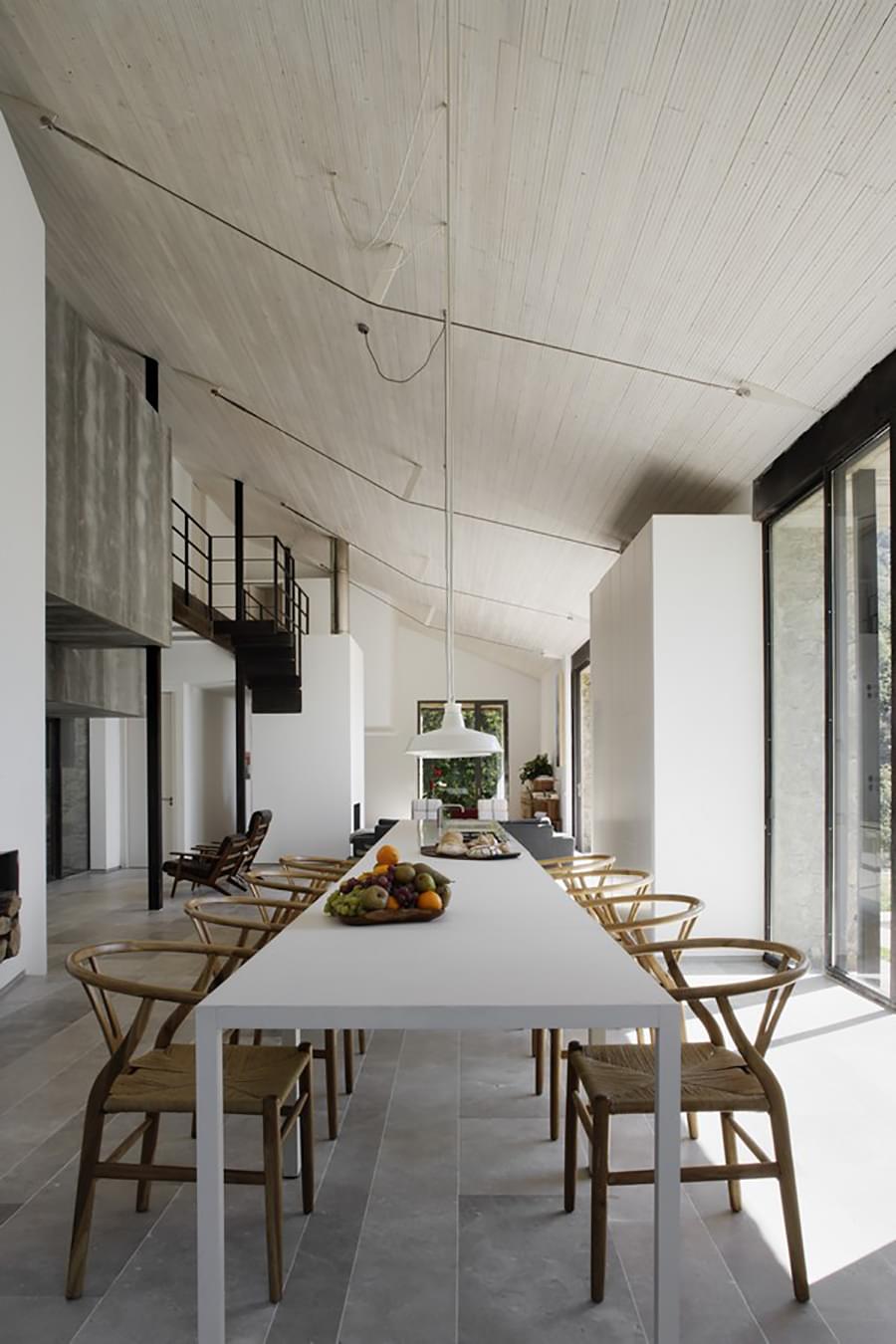 Drunk in Tokyo – Photographer documents the effects of alcohol in Japan