An impossible site in the steep hills over Cupertino. Deemed unbuildable for generations. It would have been built on if it were possible. 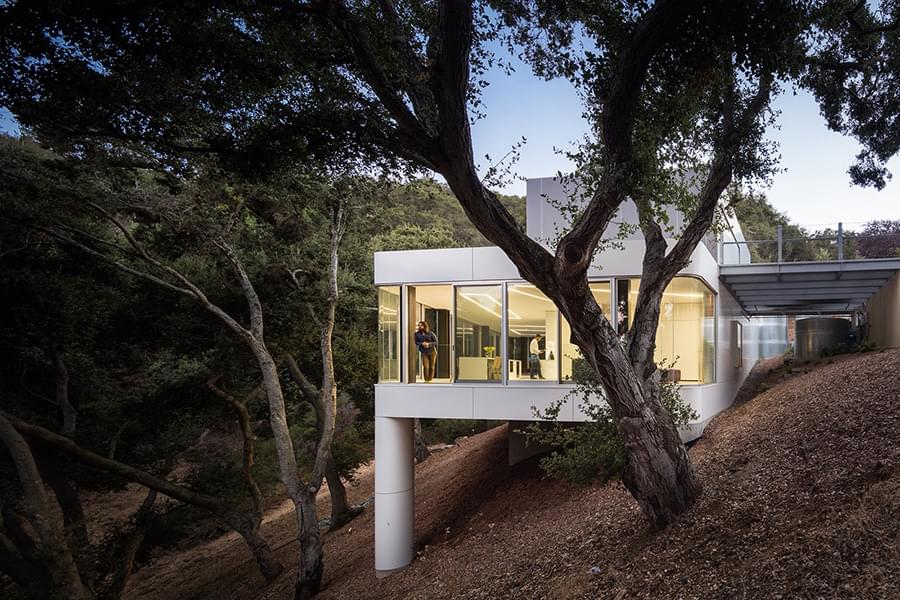 The site was so difficult that even the owners’ chosen architect, Craig Steely, known for tackling challenging sites, was quoted as saying that it was a huge gamble. 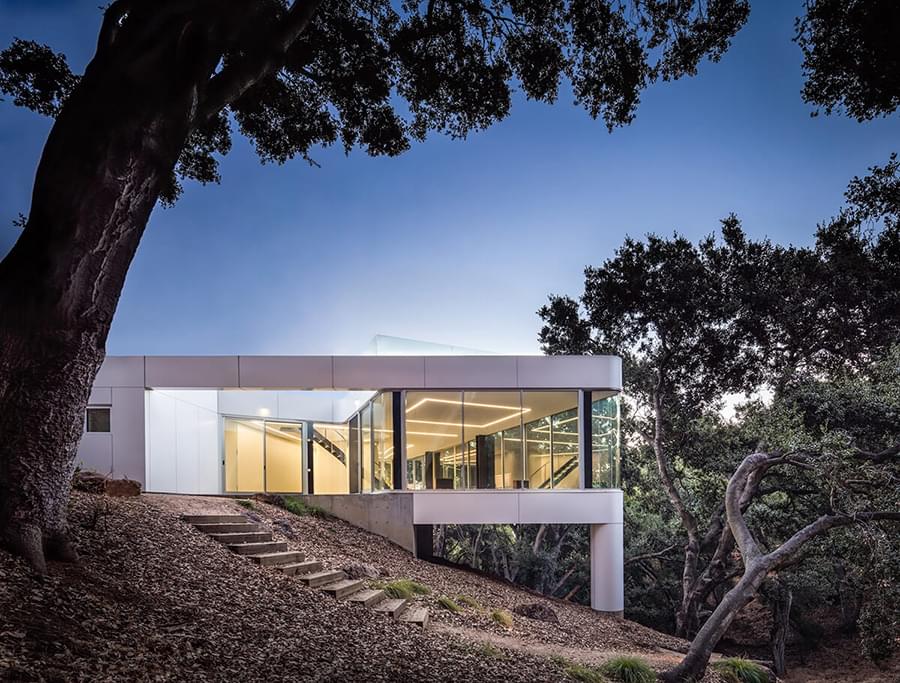 He said that it was fully possible that the owners could have ended up with just a “great place to camp.”

But it was not only possible, it has become a real home for the owners, Pam and Paul Costa and their family. 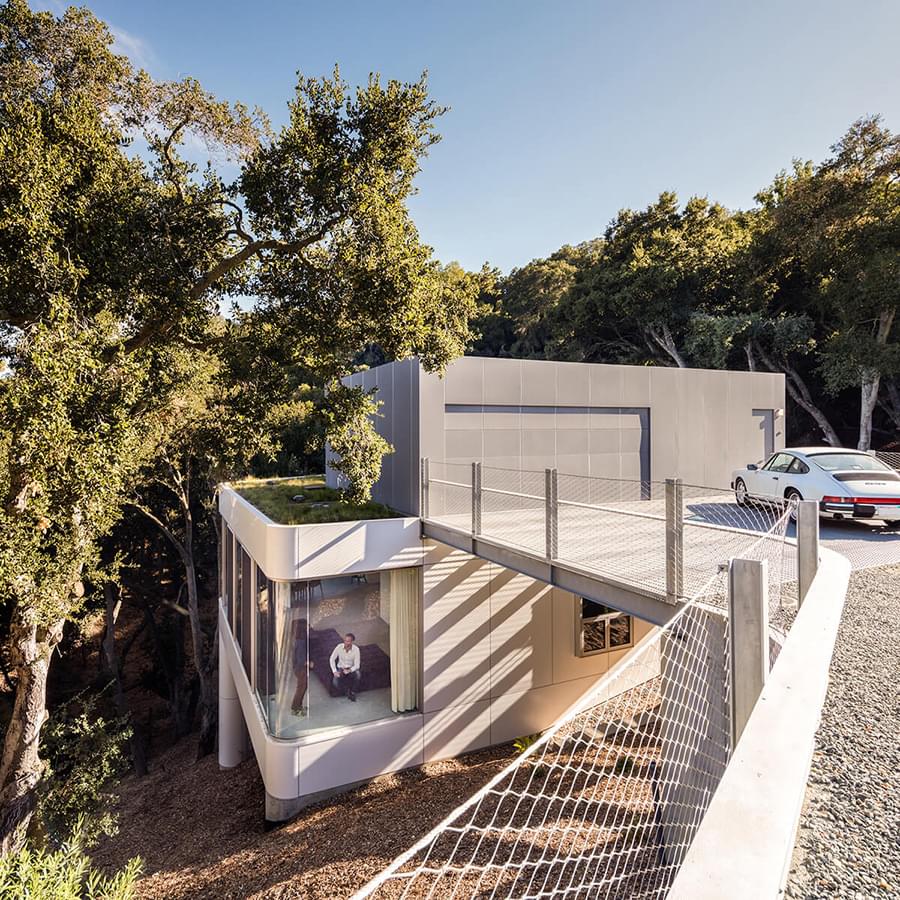 They moved from Milwaukee to Silicon Valley when they were both employed at Apple and they dreamed of building their own home. Easier said than done as both prices and availability were huge hurdles. 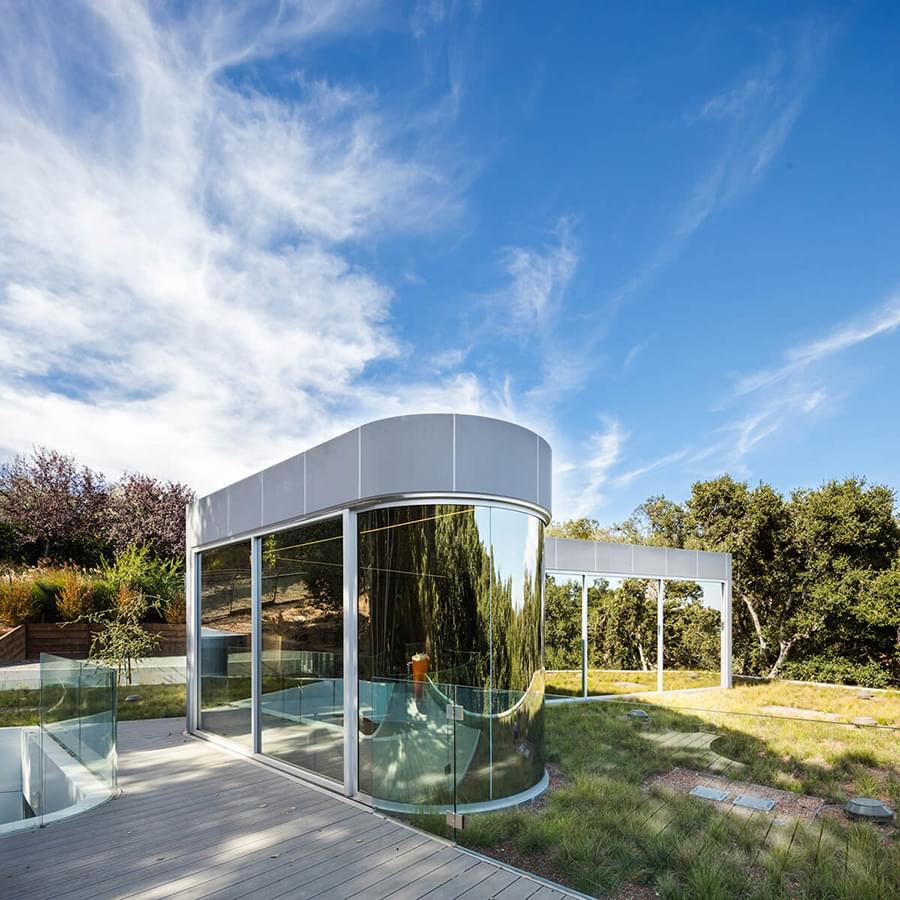 But they are now happily living in the foothills of the Santa Cruz Mountains in their cool, retro house that not only fits the site but also reflects the family’s desires, interests and lifestyle. 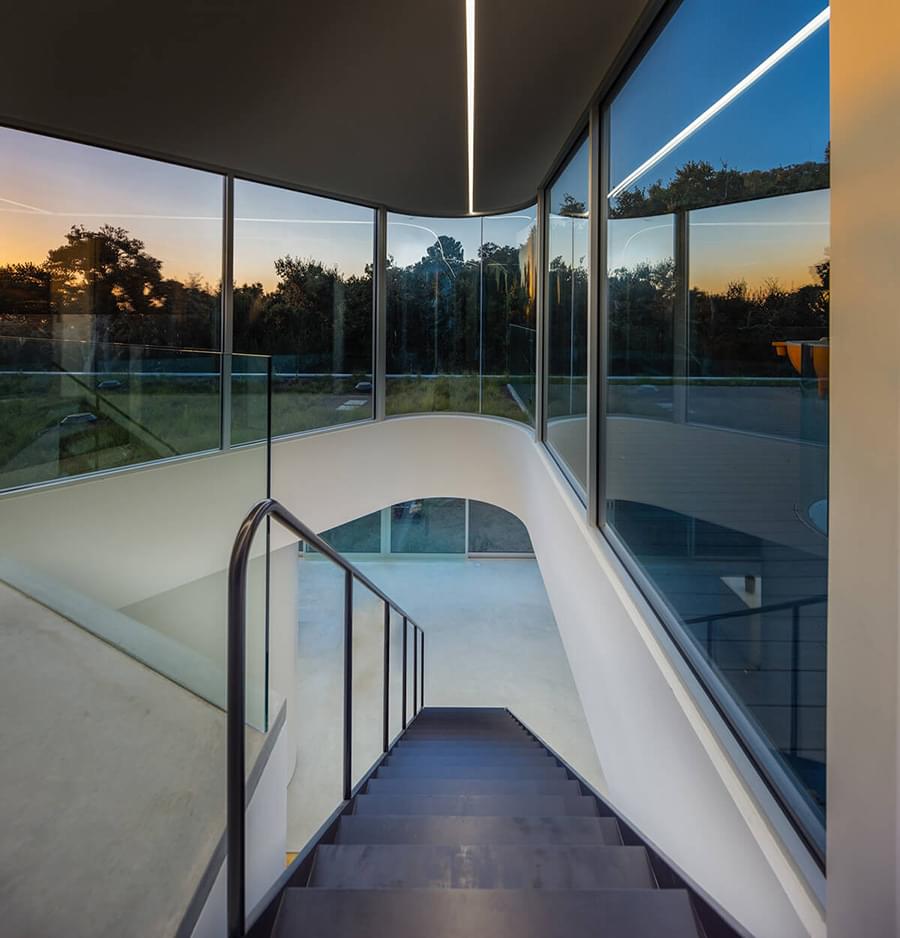 They wanted to destroy as few oak trees as possible. This was accomplished by building the glass-walled house on top of trunk-like columns and tucked into the hill. Spectacularly beautiful views have become the only art the family needs. 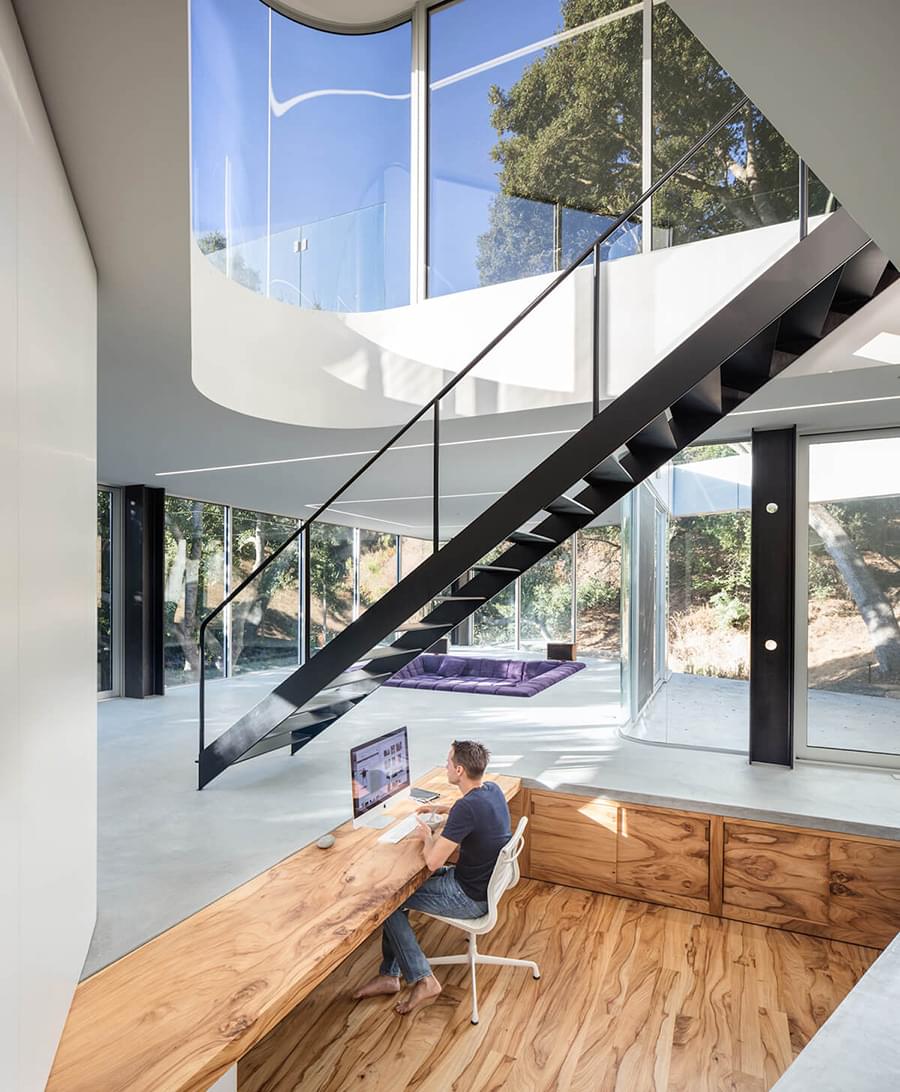 They did not want to waste space or build big just for the sake of size. As they mapped their needs, the architect and owners came up with a need for 4,400 square feet 408 square metres). Way too much. 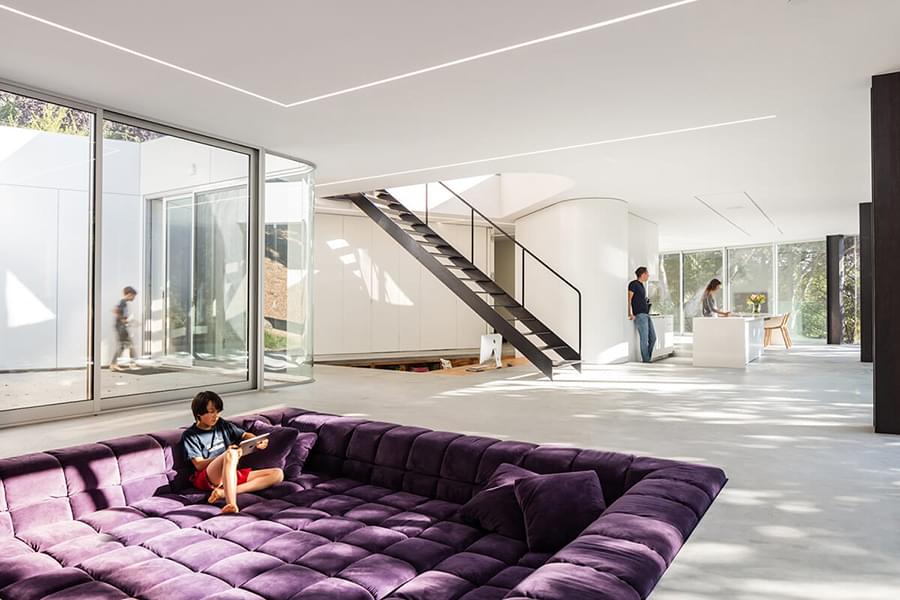 But they made most rooms do double duty – the kitchen is the dining room, the guest room is a play room, the guest bathroom has a shower above a tub – and relied on an open plan and they finished the house at 2,500 square feet (232 Square metres). 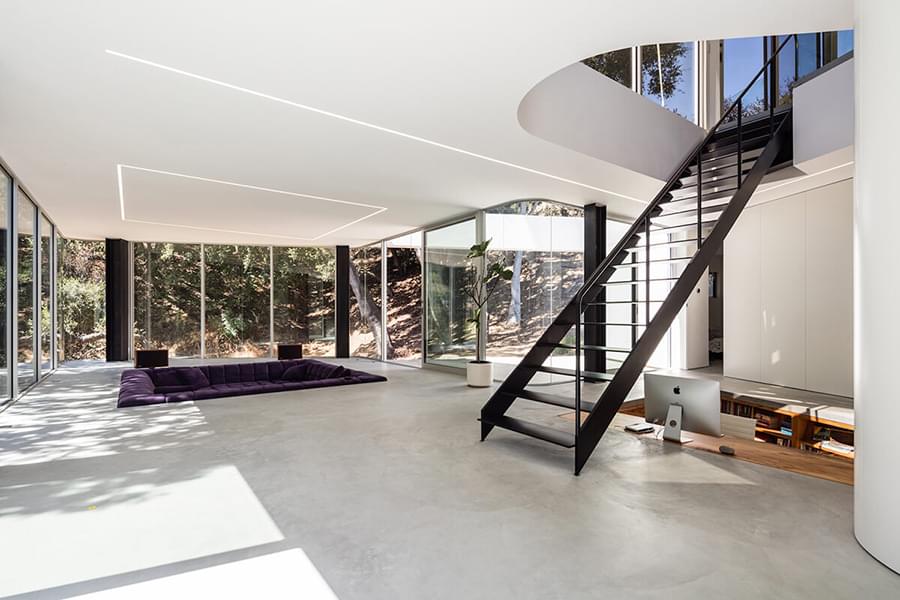 Among many desires was the owners’ interest in and love of movies. There are references to Tron: the LED-light strips to indicate specific areas in the open plan. 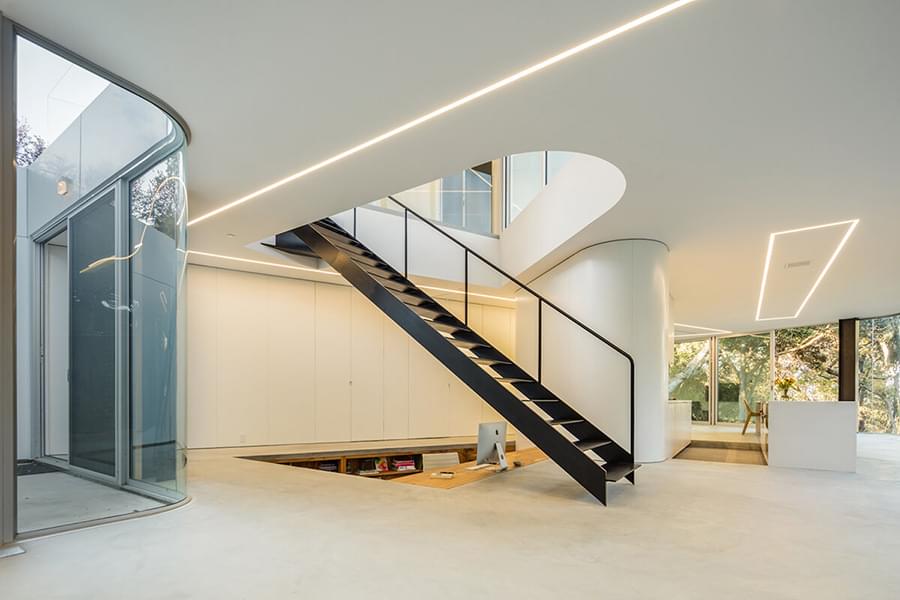 The garage channels Ferris Bueller’s Day off and the black monolith separating areas in the master bedroom references 2001: A Space Odyssey. 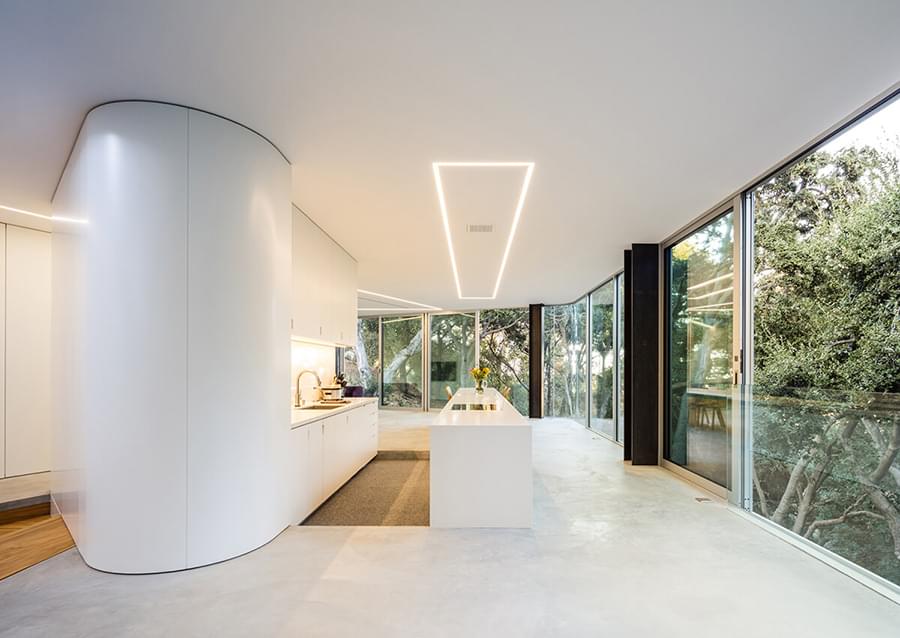 With all of its movie references, its retro features, its glass and curving corners, however, the home is clearly a family home and a place that respects the surrounding nature. Proof positive that impossible is impossible only until it’s done. 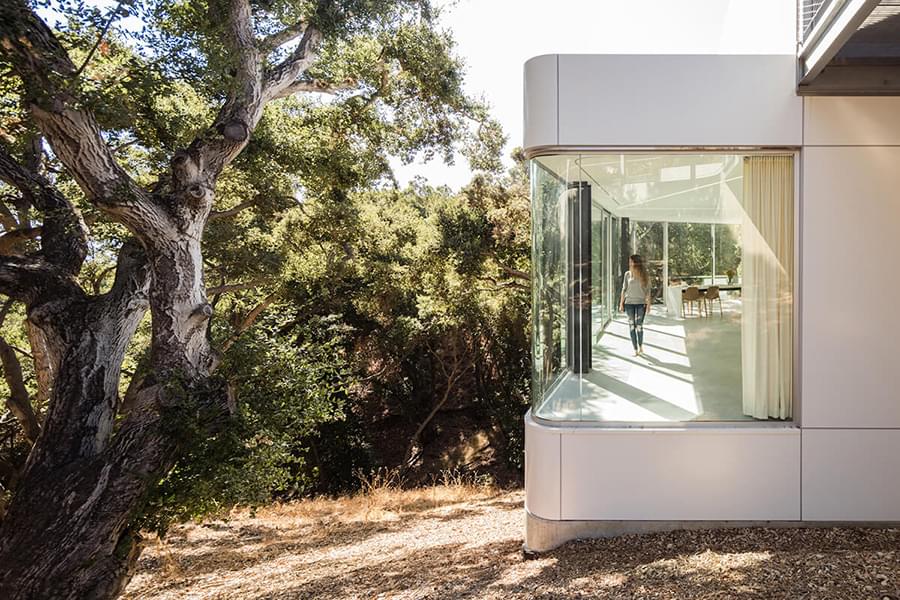